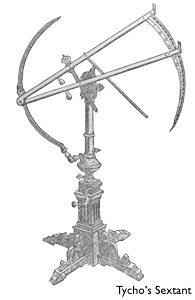 Johannes Kepler's 650-page Astronomia Nova (New Astronomy) records the astronomer's ten-year-long struggle to understand the orbit of Mars (his “warfare with Mars,” as he playfully calls it, for Mars was the Greek god of war). This project unlocked for him the deeper mysteries of the organization and physical dynamics of the Solar System. Kepler (1571-1630) is relatively unique among scientific discoverers in presenting not only his discoveries but also the history of the process by which he arrived at them. The pages that follow represent a basic conceptual introduction to the Astronomia Nova.

Although Kepler's Astronomia Nova is widely recognized as one of the most important works of the Scientific Revolution, along with Nicholas Copernicus' De Revolutionibus and Issac Newton's Philosphiae Naturalis Principia Mathematica (The Mathematical Principles of Natural Philosophy), 1687, it is also one of the least-studied due to its daunting size and technical complexity.